Released on Vlek in May 2020. You can listen it on Bandcamp, Soundcloud or Spotify

Solarium is an hour-and-a-half organ piece intended for ‘afters’, that period of slack that follows the frenzy of a techno-fuelled night. It leans on dawn’s emotional potency to interweave those in need of the curative benefits of organ frequencies to end the night with those in search of a new temporal encounter to begin the day.
Moulded by the tenets of rave culture, the piece upholds the freedom of its audience. Speakers subtly amplify the instrument in the nave of the church, where listeners wander, sit, stand or lie, to focus on the score or lose themselves in sound.
In an age of digitally enhanced musical overconsumption, fabricating new ways of listening to music together is a means of generating the unheard-of. Instead of a one-way ejection in the face of the public, Solarium spawns the frame of a collective experience that reclines on its braided threads, whether they be sonic, scenic, somatic or social.

Solarium came to life during an artistic residency at l’église du Gesu in Toulouse, France. It was performed live by Cindy Castillo and Maxime Denuc on Sunday morning 22/09/2019 at 10am, presented as an after party of the annual Festival ‘Électro Alternativ’. It was Special thanks to Regarts, Toulouse les Orgues, Gmea – Centre National de Création Musicale Albi-Tarn and la Mairie de Toulouse. 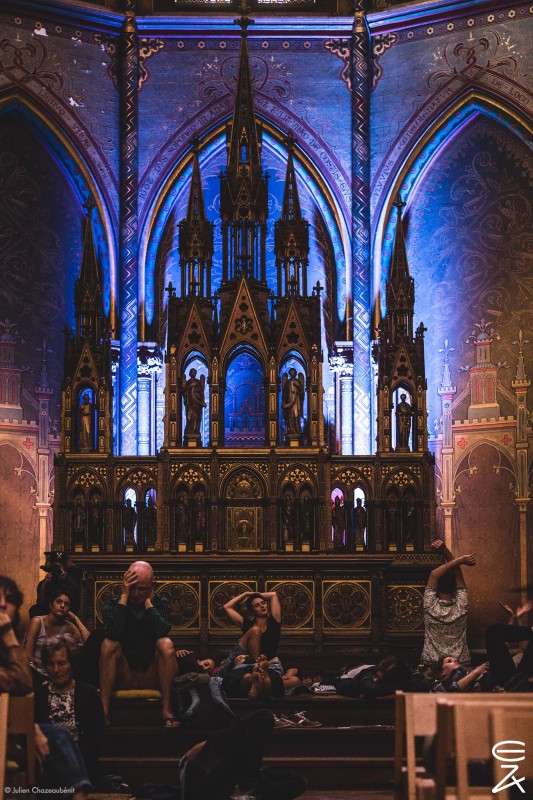 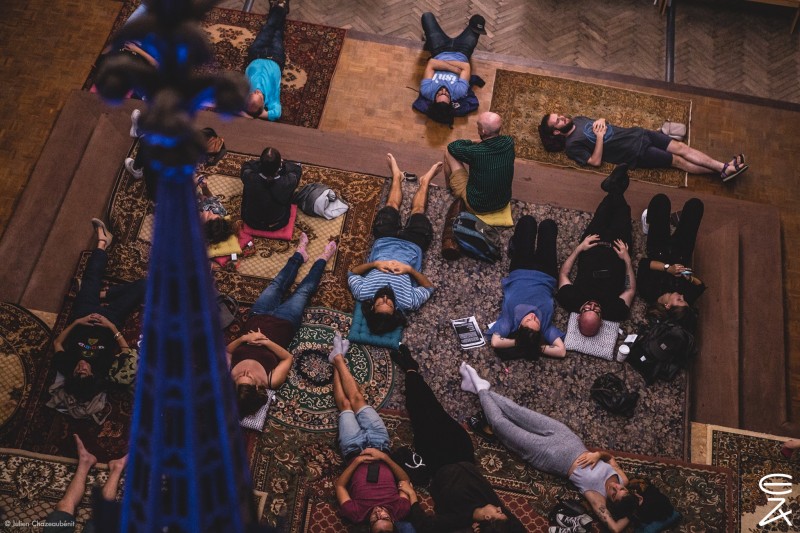 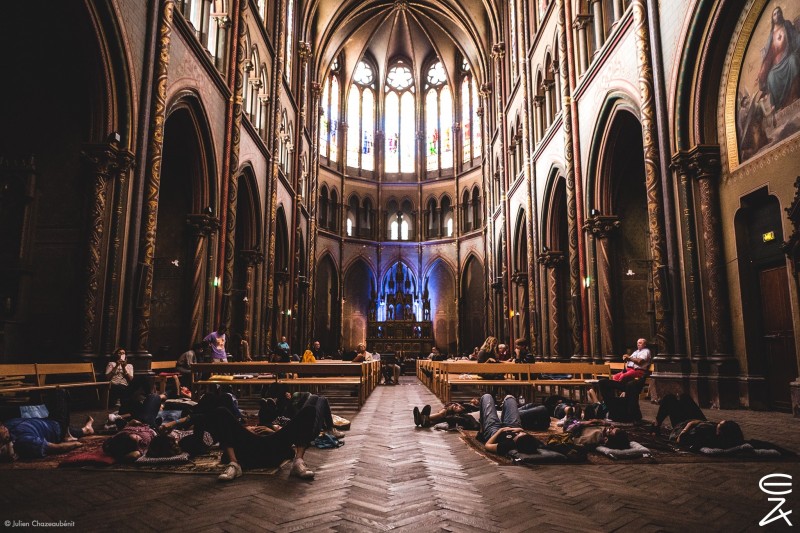